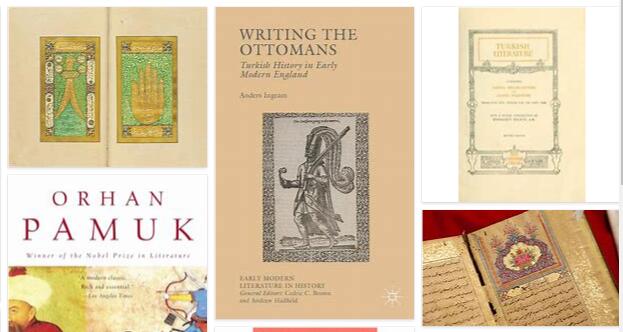 FROM THE ORIGINS TO THE 18TH CENTURY

Turkish Ottoman literature is, together with Arabic and Persian literature, among the main Islamic literatures. Its beginnings are placed in Anatolia, between the end of the 13th century. and the beginning of the 14th, when the sultanate of the Seljuks of Konya was extinguished and the star of the Osmanli emerged. Among the first personalities emerge the poet Yūnus Emre (d. 1310 ca.), whose mystical songbook is of rare freshness and intensity, and the other mystics Gülshehrī and ‛Āshiq Pascià. The spontaneity of these beginnings is followed by a period of courtly and artificial art, strictly influenced by the Persian one, in terms of subjects, metric forms, language and style: it is the period of the ” song books ” (dīwān edebiyyāti ; modern Turkish dīvān edebiyātı), which goes from the 15th century. on the threshold of the 19th, and accompanies the rise and fall of the Ottoman Empire. Among his poets stand out: in the fifteenth century Sheikhī, Aḥmed Pascià, Negiāti; in the sixteenth century Fuẓūlī (which he poet properly in the Azeri language, slightly different from Osmanic) and Bāqī; in the seventeenth century Nef‛ī, Thābit and Nābī; in the early eighteenth century Nādim; in the late eighteenth century Ghālib. The work of these and innumerable other minor artists, often of exquisite formal perfection, monotonously insists on the eternal themes of love, wine, spring beauty, only sometimes indulging in the realism of satire and personal release. It is a rigidly stylized cipher poem. Even the prose of these centuries is pompous and contrived. Alongside the more well-known court literature, the line of “popular literature” (halk edebiyātı) was developing, based on the quatrain and on the national Turkish metric, with poets of high value, the best known of which is Qaragiaoghlan (17th century).

FROM THE 19TH CENTURY. IN THE MIDDLE OF THE 20TH

During the 19th century, under the European influence and during the crisis of the Empire, modern Turkish literature was developing, which detaches itself from the ancient for the language, tending to abandon excessive Arabisms and Persianisms to approach the spoken language. alive, for the style that becomes simpler, for the literary forms and topics, facing, on the European model, the short story, the novel, the theater. It is first the literature of the reform period (tanẓīmāt edebiyātı), whose corifei are ‛Ākif Pascià, Ibrāhīm Shināsī, and especially N. Kemāl, true romantic and patriotic renovator, author, with his Vatan yahud Silistre(“Patria or Silistria”, 1873), of the first Turkish national drama. Another great romantic was ‛Abd ül-Ḥaqq Ḥāmid, a highly acclaimed lyric and dramatic in the last decades of the nineteenth century. With the opening of the 20th century, and above all with the fall of the Empire and the foundation of the Turkish Republic, the phase of “national literature” (milli edebiyātı) begins. In it, prior to the Kemalist revolution, the storyteller Ö emerges. Seyfeddin, while in the first period of the new republican and secular Turkey are the poets M. ‛Ākif, Y. Kemal, considered among the last representatives of classical poetry, and especially N. Ḥikmet, the most famous abroad, lived in exile but faithful to his mother tongue; the novelists H. Edip, YK Karaosma; noğlu, RH Karay, and RN Güntekin. Among the major Turkish authors of the twentieth century there were also the poets F. Hüsnu, C. Kulebi (Adamın biri, 1946; trans. It. An ordinary man, 1986), the novelist and poet N. Cumali, author of a novel about Bosnia, (Viran dağlar «Mountains in ruins», 1996), F. Halici.

The post-World War II transition from the one-party regime to pluralist democracy, which ended in the free elections of 1950, and the rapid growth of capitalism led to important developments in modern Turkish literature. From the 1950s the optimistic approach to the nationalist revolution was definitively extinguished, giving way to a radical critique of the social contradictions that had developed in the Turkish world. At the origins of this criticism is the poetry of the aforementioned Ḥikmet, whose art appears to be closely linked to the ideals of the Marxist revolution. A significant exponent of Turkish literature of the 1950s, several times nominated for the Nobel Prize, is Y. Kemal, author of the novel İnce Memed (1955; trans. It. Memed il falco, 1997). For Turkey 2009, please check hyperrestaurant.com.

In the 1960-70s, together with a greater social articulation, new approaches and themes were introduced into the literature, such as emigration from rural areas to European metropolises and large cities and the denunciation of repression, which characterized politically prose in particular. deployed, with an almost obsessive attention to the persecutions, imprisonment and torture suffered by the militants of the movement. The coup that opened the decade of 1980 marked the end of the previous politicization, bringing to the center of the debate the problems of social and individual identity, never resolved issues of Turkish modernization and now reinterpreted beyond ideological schemes. Thus the research of new forms oriented to postmodernism was established, with a use of language that ranged from the symbolic to the allusive to the fantastic.Sevgili Arsız ölüm, 1983, trad. it. Dear shameless death, 1988; Berci Kristin çöp masalları, 1983, trad. it. Tales from the hills of waste, 1993; Buzdan Kılıçlar «Ice Swords», 1989). Tekin’s work continued by focusing on the psychological and social function of language (Aşk işaretleri «Signs of love», 1995, and Ormanda ölüm yokmuş «It seems in the woods there is no death», 2001). O. Pamuk, Nobel Prize for Literature in 2006, exploits the expressive possibilities of postmodern literature, combining suggestions from Western and Eastern literary traditions. A literature has also spread that shows the ideological stamp of the religious-based political movement, and the exaltation, by the writers of the Muslim movement, of nationalistic and moral values ​​against so-called Western materialism is significant.

It is worth noting, in this panorama, the emergence of a literature of the Turkish diaspora in Europe. Flowering in particular in Germany, it is represented by Turkish writers belonging to the second or third generation of emigrants, or by those who chose to settle in Germany following the military intervention of 1980. The most emblematic phenomenon of this literature is the success achieved by a generation of German-speaking Turkish writers, such as the poet Z. Şenocak, the writer A. Tekinay, the narrator J. Arjouni. Other Turkish authors abroad are N. Gursel, writer and turcologist who lives and teaches in Paris, also known in Italy with Kadınlar kitabı (1983; trans. It. From French, La prima donna, 1989), and D. Özlü, resident in Sweden, known for his existentialist and surrealist tales, centered on the problem of alienation.