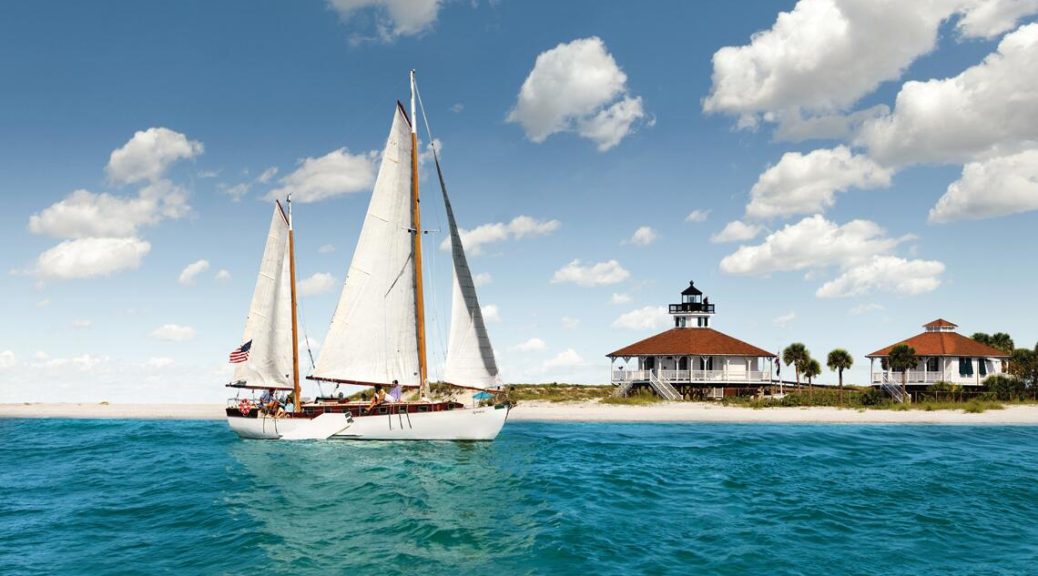 The region around Fort Myers and Sanibel Island on Florida’s southwest coast is a unique natural paradise : hundreds of partly uninhabited islands in the Gulf of Mexico with pristine white beaches, exotic wildlife, mangrove forests and waterways, golf courses and bike paths make the region for nature lovers, bird watchers, cyclists and families a highlight. Here you can see sea turtles, manatees and dolphins in their natural habitat. In addition, 80 kilometers of natural, fine sandy beaches guarantee pure relaxation. Sports enthusiasts can play golf, fish, kayak or sail in a unique landscape.

Those interested in culture can go on a journey through time in the Edison & Ford Winter Estates and visit his former estate and laboratory. The largest Bengal fig tree in the USA can also be admired in the associated park. Fort Myers offers a variety of exciting museums and theaters. Impressive malls and outlets provide variety. The region’s offer is rounded off by excellent hotels and restaurants – they ensure a lot of comfort and enjoyment under the Florida sun.

Location and Size
According to Usaers, Fort Myers (often abbreviated to Ft. Myers) is located between Naples and Tampa on the banks of the Caloosahatchee River, a few kilometers inland from its confluence with the Gulf of Mexico. The city is offshore from hundreds of islands, including Sanibel Island, Captiva Island and Estero Island (=Fort Myers Beach). The latter is the longest of these islands at around 16 kilometers, but some are only a few 100 meters wide. The city covers an area of ​​approx. 104 km², Sanibel Island over 86 km²

Population
Fort Myers has around 60,000 residents, Sanibel Island around 6,000.

Arriving
by plane
Southwest Florida International Airport (RSW), which is served by more than 20 airlines, makes Fort Myers an ideal starting point for a trip to Florida starting on the west coast.

Climate
The island paradise of Fort Myers has a subtropical climate – warm temperatures, increased humidity and pleasant sea breezes. In summer, holidaymakers can expect average daily temperatures of more than 30 degrees Celsius – in the winter months between 15° and 25° C. Added to this are the pleasant temperatures of the Gulf of Mexico, which warm up to 30° C in summer. The main travel season extends from October to April. The probability of hurricanes and windy weather is highest in September.

Travel back in time – the Edison & Ford Winter Estates
As early as 1885, Thomas Alva Edison – one of the most important inventors of his time – appreciated the advantages of the tropical island paradise around Fort Myers and Sanibel Island. Just like his friend, the automobile manufacturer Henry Ford, he built his impressive winter estate on the banks of the Caloosahatchee River in southwest Florida, which today, with its museum and park, takes numerous visitors on a journey through time. The property includes the inventor’s two-story home, office, laboratory and gardens, which Edison meticulously tended to in his day. While the museum, also on the property, houses antique cars, photographs and exhibits from some of its nearly 1,100 patents, the lush gardens feature rare, tropical vegetation. Every Wednesday at 10:30 a.m. and Friday at 12:00 p.m.: 30:00 p.m. German-speaking tours are offered.

Untouched nature and exotic animals –
JN “Ding” Darling National Wildlife Refuge
The tropical island paradise of Fort Myers beckons year-round with pristine nature, pristine white sand beaches and a variety of things to do. A must-see is the JN “Ding” Darling National Wildlife Refuge: With a total of 2,500 hectares, it is the largest natural mangrove ecosystem in the United States and is home to countless exotic bird and plant species. The approximately seven kilometer long “Wildlife Drive” leads visitors through the nature reserve and provides access to numerous hiking and canoeing routes. Here outdoor fans can be up close and discover the impressive nature from the water or from the land. For more information about the JN “Ding” Darling National Wildlife Refuge, those interested can visit www.fws.gov/dingdarling , 1 Wildlife Drive, Sanibel

Lovers Key State Park
At this state park, you can hike the nature trail, paddle a tidal lagoon, sunbathe on the beach, surf fish (overlooking Big Carlos Pass), and even have your wedding in a gazebo over the waves of the Gulf celebrate from Mexico.

In the footsteps of the natives
A special nature experience awaits vacationers on a kayak tour on the Great Calusa Blueway paddling path: the network of waterways stretches for around 300 kilometers from Cayo Costa and Pine Island to Bonita Springs. Named for the formerly resident Calusa Indian tribe who used these waterways, the trail is suitable for all levels of kayaking and canoeing. Signage and GPS guide paddlers along the waterways where they can see a variety of bird species, manatees, dolphins and alligators. Along the trails, those interested will find campgrounds, parks, boat and outfitter shops, restaurants, lodging and other attractions.

Manatees – Also known as sea cows and formerly mistaken for mermaids, the snuggly giant
manatees can be seen at Manatee Park from December to March. During the remaining months, manatees roam throughout the region, including in the canals of Lovers Key State Park.

Turtle
season Sea turtle nesting season is from May 1st to October 31st. Lucky visitors can attend a rare, educational and awe-inspiring Turtle Time ( www.turtletime.org ) turtle release sometime after sunset and witness the baby turtles make their way to the ocean.

Seashells as far as the eye can see
Millions of seashells wash up on the beaches of Sanibel and Captiva Island every day, and over 400 different species make the hearts of beach-walkers beat faster. These miles of sandy beaches are unparalleled anywhere in the world. But only those who get up early will find the most beautiful specimens: Not only because the coveted finds have many fans, but also because of the current, which washes extraordinary mussels ashore overnight, especially in winter.

The Bailey-Matthews Shell Museum on Sanibel Island is a treasure trove for shell lovers. Rare and large shells from Southwest Florida and the rest of the world can be admired here. From the importance of the shell as a means of payment in the past to small boxes decorated with shells – so-called “Sailor’s Valentines” – everything here revolves around the most beautiful holiday souvenirs. The museum is the only one of its kind in the Western Hemisphere and is also listed among the 1,000 Places to See Before You Die.

This is where the music is at – 4th Island Hopper Songwriter Fest
10 days, 24 stages and more than 60 musicians – at the 4th Island Hopper Songwriter Fest, award-winning and internationally successful songwriters gather again in the tropical island paradise of Fort Myers to inspire music lovers from all over the world. From September 22 to October 1, 2017, the free festival offers ten days of musical entertainment with top-class performers on what are probably the most beautiful stages in downtown Fort Myers and the offshore islands. Venues include Mucky Duck, Key Lime Bistro and Doc Ford’s at South Seas Island Resort on Captiva Island; The Indigo Room and City Tavern in Fort Myers; In Fort Myers Beach, among others, Nervous Nellie’s, Matanzas on the Bay and the Pink Shell Beach Resort and Marina invite you.

Five regions – Charlotte, Collier, Lee, Manatee and Sarasota counties – have joined forces for this first official roadmap of microbreweries and distilleries in Southwest Florida. Along the route between Marco Island in the south and Parrish in the north are 24 microbreweries, distilleries and wineries dedicated to innovative yet traditional products, eight of which are in the Fort Myers region, known as Lee County.

Your personal Lonely Planet Guide
A comprehensive and informative travel guide is essential for optimal holiday preparation. Fort Myers has its own Lonely Planet Guide dedicated solely to the region. With a fold-out map, accommodation directory and numerous tips on nature parks, beaches, shopping and culinary delights, no questions remain unanswered. 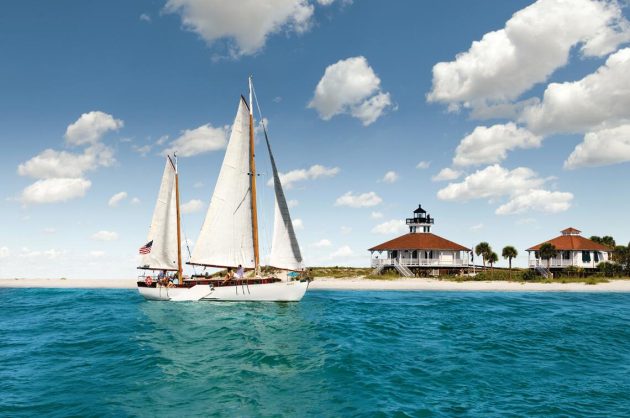