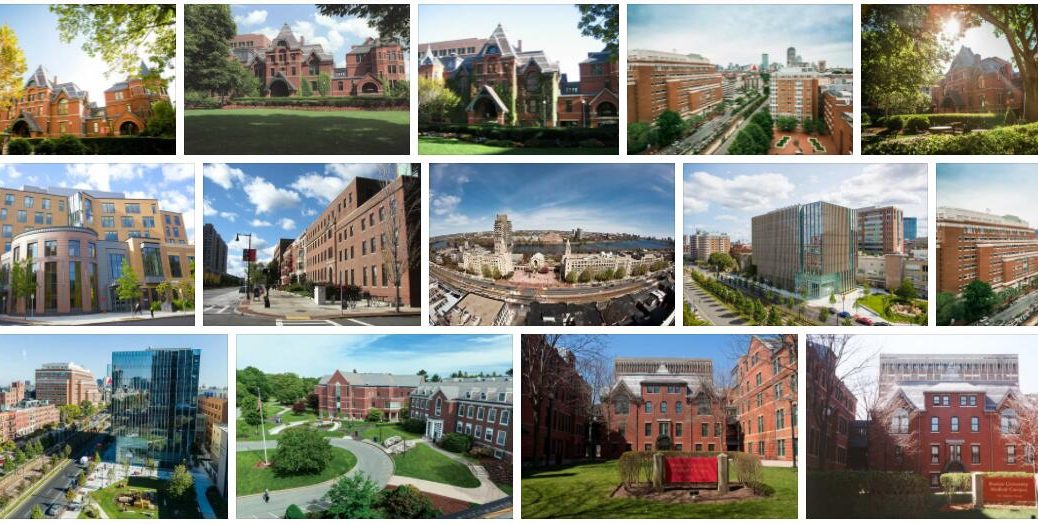 The application process is not easy, but it can be done well. Checklists are made available to you and you can always rely on help and support from Top-Mba-Universities.com if you have any problems or questions. The most complex thing besides all the paperwork is visiting the embassy for the student visa and ensuring all vaccinations. A valid passport and a corresponding result on a TOEFL etc. are of course mandatory. The three of us took care of the registration together, so that we could help each other in filling out the various documents and thus split up the work a little. Applying for a student visa is by far the most complex part of the preparation, as a visit to the consulate in Munich, Frankfurt or Berlin is essential. The on-site process is then done relatively quickly and easily.

The Boston University (BU) is a huge university with about 30,000 students, it is the fourth largest private university in the US ! There is of course a little less going on in the Summer Term, but there are still enough other students from all over the world to make contacts and talk.

The equipment of the course rooms as well as the sports and fitness facilities is ultra-modern, huge and includes everything you can imagine and wish for. At least in the classrooms where we had lectures. On the university campus, which runs about 5 km along Commonwealth Avenue, there are countless restaurants, supermarkets and bars, so you don’t have to worry about supplies and you don’t have to travel long distances. To get from one end to the other, free shuttle buses run several times an hour across the university grounds.

The rooms were as you imagine them to be, simple and equipped with the bare minimums, but perfectly adequate for the six weeks, especially if you are on the go and travel a lot anyway. The three of us rented or applied for an apartment for four people on campus. The whole thing is only possible after the BU has given its approval. The apartment had four individual bedrooms and a shared kitchen and living area as well as a bathroom. You look for luxury in vain despite the high price, but as I said, perfectly adequate for the short period.

The course sizes were very different. In one course we were about 30 people, in the other only ten. The lecturers and professors were really friendly and made sure that the course atmosphere was good. In the courses, unlike in many German universities, in addition to the “midterm” and “final” exams, attendance and participation are also assessed. In addition, there were various homework assignments that were either done alone or in groups determined by the professor. The biggest challenge for us was the language. Despite the master’s level, the demands of the courses were rather simple compared to our German university, so that all three of us got an “A”, i.e. a 1.0, in both courses. have received.

We arranged our courses in such a way that we only had to be present at the university on Tuesdays and Thursdays, i.e. we had a long weekend every week from Friday to Monday, which we often used to travel, but more on that later.

The city of Boston and the surrounding area including recreational activities

Boston is a beautiful city with many beautiful parks, even more bars and a great range of leisure activities. The summer term is also great for traveling the east coast of the USA, the temperatures are comparable to those of southern Europe in summer and we were able to walk around in shorts and t-shirts for the entire six weeks.

On the long weekends mentioned above, we went on various excursions over individual days or sometimes even the entire weekend, including New York , Cape Cod (a must for whale watching), Las Vegas and many more smaller places. There are rental cars on every corner in Boston and gasoline prices are also very manageable. The best way to explore the city of Boston itself is by bike or Uber.

Cost of the summer term

The costs of a summer term in the USA are generally significantly higher than in many other countries in the world. Alone for the tuition fees and the “on-campus housing” as well as the flights and the visa application you can count on almost € 10,000. But you haven’t even once gone on a weekend trip, dined out or gone shopping. Nevertheless, I would spend the money again at any time and also not pay attention to every euro, since the experiences and impressions that I was able to collect during this time were or are worth every euro.